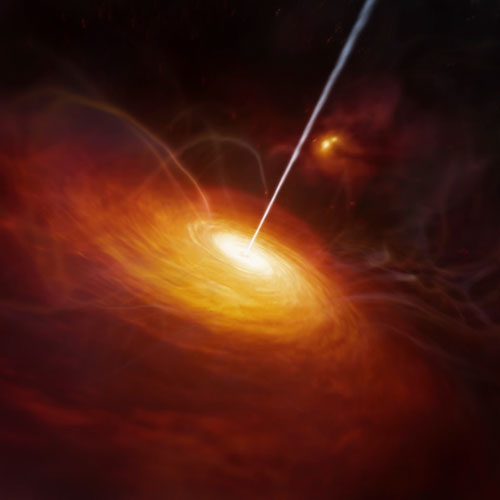 On April 10th, the human race accomplishing what was previously thought to be impossible. A team of international astronomers, using Event Horizon Telescope observations of the center of the galaxy M87, has captured an image of a black hole’s silhouette – the mysterious place in space where nothing, not even light, can escape.

For every scientist, for every Astronomer, even a hobbist like me, it is a feeling that could be described as "AWSOME" ith its full meaning.

It was the same day and with the lovely voice of the soprano Caterina Nikolidaki, I created this audiovisual journey sharing my celebration together with thousand people.

This video was gladly accepted to the Asean Astrophysics Assosiation.

black holes ain't as black as they are painted they are not the eternal prisons they were once thought things can get out of a black hole both at the outside and possibly to another Universe. So if you feel you are in a black hole, don't give up! There is a way out